The Changing Landscape of Proxy Voting 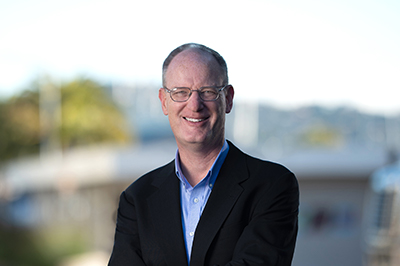 Social and environmental activists have a long history of proposing shareholder resolutions at company meetings. Increasingly, investors are identifying issues toward which they want to take an "activist stance" in their proxy voting.

Recently, major mutual fund managers have spoken publicly of the responsibility of companies and investors, and in many cases implied a new era in their approaches to voting proxies. Larry Fink, CEO at BlackRock, wrote in late 2017: "Companies must benefit all of their stakeholders, including shareholders, employees, customers, and the communities in which they operate. Without a sense of purpose, no company, either public or private, can achieve its full potential. It will ultimately lose the license to operate from key stakeholders."1

While some may be skeptical of the commitment shown in such a letter, the fact that Fink felt compelled to speak publicly on these issues, and used phrases often found among the true believers in the responsible/sustainable investment community ("license to operate"), is evidence of the marketplace’s higher level of interest in these concepts.

Certainly, many people have seen the Fearless Girl statue facing down Wall Street’s bull statue. What most observers may have missed was the announcement State Street made at the time it unveiled the statue—that it was changing its proxy voting policy: specifically, if necessary, it would withhold its proxy votes from the chair of nominating or governance committees where no women serve on the board of directors.2

Whether these changes by big firms are statements of the converted or attempts to greenwash, they indicate a sea change. The new emphasis on the importance of proxy voting provides a significant prompt to any firm not taking its voting rights seriously. When big firms like Vanguard and BlackRock vote in favor of climate change disclosure resolutions at ExxonMobil, it becomes more difficult for small firms to defer to management.

It also becomes more difficult for the same large firms to generally oppose other social and environmental resolutions. Critics have pointed out the inconsistent manner of proxy voting on climate change issues by firms like BlackRock—supporting a resolution at ExxonMobil while still opposing resolutions at other larger fossil fuel companies. One headline summarized the rate of change: "BlackRock and Vanguard’s climate change efforts are glacial."

This article was recently published in Proxy Preview 2018.

Send questions or comments to blog@aperiogroup.com.

This article is provided for informational purposes only. The information contained within this article was carefully compiled from sources Aperio believes to be reliable, and it is accurate to the best of our knowledge and belief. However, Aperio cannot guarantee its accuracy, completeness, and validity, and cannot be held liable for any errors or omissions. All information contained herein should be independently verified and confirmed. Aperio does not accept any liability for any loss or damage whatsoever caused in reliance upon such information. Aperio provides this information with the understanding that it is not engaged in rendering legal, accounting, or tax services. In particular, none of the examples should be considered advice tailored to the needs of any specific investor. Aperio recommends that all investors seek out the services of competent professionals in any of the aforementioned areas. With respect to the description of any investment strategies, simulations, or investment recommendations, Aperio cannot provide any assurances that they will perform as expected and as described in this article. Past performance is not indicative of future results. Every investment program has the potential for loss as well as gain.

Aperio is providing this link to a third-party website that displays a research report, article, webcast, video, or other content that we believe may be informational or educational for you. This linked content is presented by a source that we believe to be reliable, but we do not guarantee its accuracy or completeness, including any associated disclosures. Aperio has no control over the nature of the content on, or the availability of, this third-party website.

The inclusion of this link on our website also does not imply a recommendation or endorsement of any views expressed in such linked content and should not be considered: investment, tax, or legal advice; a solicitation; a recommendation of Aperio or any third-party’s services; or an offer to buy or sell any securities or related financial instruments in any jurisdiction.

Your subscription to the Aperio Blog has been confirmed. You will receive an email notification when a new blog is posted.

Thank you for setting the security questions for your account.

You must be logged in to perform this action.

You do not have access to the Aperio Client Portal.

Please note that if you just registered, it may take up to 24 hours after your registration form has been approved before you are able to log in.

That answer does not match our records. Note that responses to security questions are case sensitive. Please try again or contact Aperio at operations@aperiogroup.com or 415.339.4590.

Your account is temporarily locked because you repeatedly entered wrong answers to security question.  Please try again in an hour.

There was an error sending the email to your new user. Please try again.

There was an error sending your email. Please try again.

There was an error sending the email to reset your password. Please try again.

There was an error sending the verification email for your portal account. Please press “Send Verification Email” to retry.

There was an error sending your Contact Us form to Aperio. Please try again. 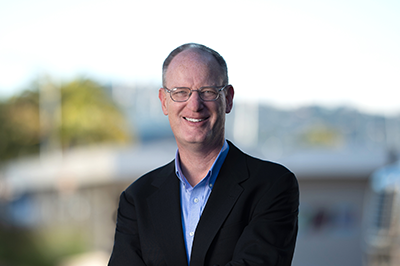 What are your key responsibilities?
I work on the ESG/SRI team and play a couple of roles. First, I work with clients to develop a customized values policy document. This document serves as the road map for aligning their portfolios with their values on environmental, social, and governance (ESG) issues. Second, I stay on top of developments in the ESG research industry to understand what data are available to use in client portfolios.

Describe your key previous work experience.
I have been in the ESG industry for more than 25 years. I started at the Investor Responsibility Research Center (IRRC), including stints as a research analyst on military and political issues, as a director of the Environmental Information Service, and as Vice President of Research and Operations. During this time, I served on the original Steering Committee of the Global Reporting Initiative (GRI), helping to develop standards for sustainability disclosure. More recently, I served as the Director of Research for IW Financial.

What is the most interesting aspect of the job to you?
I really enjoy working with clients to understand their values and worldviews and then helping to create criteria that reflect those values in their investment portfolios. No two clients have exactly the same values, so every conversation is different.

Describe some noteworthy projects you have worked on that directly impact Aperio’s clients.
I helped create the original SRI offerings available on the Aperio SRI/ESG Menu. These offerings can be an off-the-shelf solution for a client or the starting point for a more detailed conversation. I also helped create the online survey that we often use with clients to capture an initial sense of the issues that matter most to them.

List any committees or organizations you are a member of outside Aperio.
I serve on the board of directors for the Sustainable Investments Institute (Si2), a proxy research firm. I also serve in a number of church governance roles at the local, state, and regional levels.

What are some non-work-related things we should know about you?
I’m a photographer, mostly nature and my kids’ sporting events. I also like to play—and create—board games.

What postsecondary degrees and/or professional certifications do you possess?
BA from Johns Hopkins University; MA from George Washington University.

As we have worked with clients on their ESG portfolios over the years, we’ve discovered that there are a few specific companies that many of our clients want excluded by name from their portfolios...

The Changing Landscape of Proxy Voting

Social and environmental activists have a long history of proposing shareholder resolutions at company meetings. Increasingly, investors are identifying issues toward which they want to take an...

Impacts of Guns on Corporate Policy and Portfolio Risk

The last few weeks have been busy for policy changes by retail stores in the U.S. Walmart, Dick’s Sporting Goods, and Kroger all changed policies regarding their sale of firearms. These announcements offer...