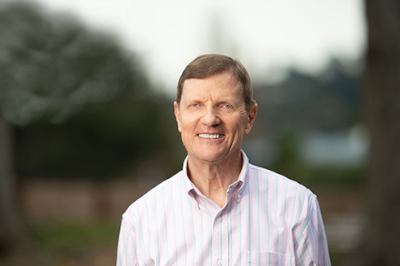 As many of you already know, the tax bill that passed today removed the proposed new rule mandating use of the FIFO (first-in, first-out) method for all asset sales. Thus, the existing system that allows specific lot identification will remain in place. However, a number of other changes will affect top-bracket taxpayers.

First, the top federal rate in the bill drops from 39.6% to 37.0%. In addition, state and local taxes will effectively no longer be deductible for high-bracket investors. The table below shows the new and existing rates, highlighting how taxable investors in states with no income tax will see their top rate drop, whereas those in high-tax states will see higher rates.

In the passed bill, the alternative minimum tax (AMT) has survived, albeit at a higher threshold. However, the distinction between the AMT and conventional tax rules will be far less pronounced. In fact, one could view the proposed package as something of a blend of the current AMT and the current conventional rates. Since the AMT calculation kicks in only when it’s higher than conventional tax liability, there may be situations where investors who had been subject to AMT would no longer face those rules and rates.

For example, one of the biggest differences between AMT and conventional taxation under current rules is the deductibility of state income tax. Now that such taxes will effectively not be deductible for high-bracket investors under either AMT or conventional rules, some investors previously subject to AMT will revert back to the conventional system. In fact, some investors may see a significant jump in the tax rates they pay on short-term capital gains. For taxpayers in the highest bracket who are currently subject to the AMT but who in future will be paying under the regular rules, the federal rate on short gains could jump from 28.0% to 37.0% for marginal investment income.

Since the FIFO requirement has been pulled from the bill, Aperio will not be providing any further analysis for that impact. We will, however, update the benefits of tax-advantaged strategies and our state-by-state tax guide.

Finally, one change that made it into the bill will affect certain tax-exempt university endowments, which will become subject to a new 1.4% excise tax. While this will affect only very large endowments, we’re still intrigued that the title of our article of a couple of years ago in the Financial Analysts Journal, “What Would Yale Do If It Were Taxable?” may now change in verb mood from the subjunctive to the indicative. For further details on taxable foundations and endowments, see also our piece, “When Tax-Exempt Isn’t Really Tax-Exempt—Minimizing Excise Tax on Private Foundations.”

Send questions or comments to blog@aperiogroup.com.

This article is provided for informational purposes only. The information contained within this article was carefully compiled from sources Aperio believes to be reliable, and it is accurate to the best of our knowledge and belief. However, Aperio cannot guarantee its accuracy, completeness, and validity, and cannot be held liable for any errors or omissions. All information contained herein should be independently verified and confirmed. Aperio does not accept any liability for any loss or damage whatsoever caused in reliance upon such information. Aperio provides this information with the understanding that it is not engaged in rendering legal, accounting, or tax services. In particular, none of the examples should be considered advice tailored to the needs of any specific investor. Aperio recommends that all investors seek out the services of competent professionals in any of the aforementioned areas. With respect to the description of any investment strategies, simulations, or investment recommendations, Aperio cannot provide any assurances that they will perform as expected and as described in this article. Past performance is not indicative of future results. Every investment program has the potential for loss as well as gain.

Aperio is providing this link to a third-party website that displays a research report, article, webcast, video, or other content that we believe may be informational or educational for you. This linked content is presented by a source that we believe to be reliable, but we do not guarantee its accuracy or completeness, including any associated disclosures. Aperio has no control over the nature of the content on, or the availability of, this third-party website.

The inclusion of this link on our website also does not imply a recommendation or endorsement of any views expressed in such linked content and should not be considered: investment, tax, or legal advice; a solicitation; a recommendation of Aperio or any third-party’s services; or an offer to buy or sell any securities or related financial instruments in any jurisdiction.

Your subscription to the Aperio Blog has been confirmed. You will receive an email notification when a new blog is posted.

Thank you for setting the security questions for your account.

You must be logged in to perform this action.

You do not have access to the Aperio Client Portal.

Please note that if you just registered, it may take up to 24 hours after your registration form has been approved before you are able to log in.

That answer does not match our records. Note that responses to security questions are case sensitive. Please try again or contact Aperio at operations@aperiogroup.com or 415.339.4590.

Your account is temporarily locked because you repeatedly entered wrong answers to security question.  Please try again in an hour.

There was an error sending the email to your new user. Please try again.

There was an error sending your email. Please try again.

There was an error sending the email to reset your password. Please try again.

There was an error sending the verification email for your portal account. Please press “Send Verification Email” to retry.

There was an error sending your Contact Us form to Aperio. Please try again. 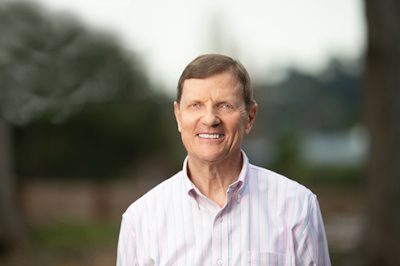 What are your key responsibilities?
As the CEO, I help set the company’s direction and brand, make the final decisions on most resource allocations, and attempt to nurture a healthy culture. As Aperio’s Chief Tax Economist, I analyze cash flows for complicated tax situations facing our clients and their tax advisors, including charitable donations, incentive options, and estate/gift tax scenarios.

Describe your key previous work experience.
Prior to cofounding Aperio, I was the Research Director and CFO at Morningstar. In addition, I have taught graduate-level portfolio theory, which has proven quite applicable at Aperio. Also helpful was learning how to build complex after-tax cash flow models at an oil company.

What is the most interesting aspect of the job to you?
Throughout my career, I’ve been obsessed with how much power corrupts consciousness and reinforces bias. Now that I’m a CEO, it’s fascinating to watch myself fall into the same traps of self-justification I’ve observed in other leaders over the years and learn how to rely on colleagues to help catch my blind spots. Furthermore, the intellectual challenge of complicated investment problems continues to prove greatly satisfying.

Describe some noteworthy projects you have worked on that directly impact Aperio’s clients.
I’ve been closely involved with a wide range of new strategies and features, and still meet with many of our clients. I particularly enjoy the balancing of running a for-profit business while emphasizing the treatment of clients with an exacting level of transparency and honesty, including taking full ownership when we make mistakes.

What do you like most about working at Aperio?
It’s an incredible honor to work with such smart people, although I often observe that this CEO unjustly gets credit for the creativity, cleverness, and sheer effort of others around him.

What previous role(s) did you serve at Aperio?
For many years, I was Aperio’s Chief Investment Officer.

What are some non-work-related things we should know about you?
I love to cook, which proves gratifying since I spend so much of my work time in my head, and cooking is such a physical experience, especially the olfactory delights of spices. My other interests include reading, bicycling, hiking, and listening to Renaissance/Early Baroque music.

What postsecondary degrees and/or professional certifications do you possess?
BA in History from Yale University; MBA in Finance from the University of Chicago.

At Aperio, we’ve been asked by many wealth advisors and family offices about our views on opportunity zones (OZs), a tax incentive that allows for deferral and even elimination of some capital gain for taxable investors. In our view, the best way to look at these structures requires incorporating three different angles...

Tax Awareness Is The Next Big Thing

Heightened investor sophistication that took decades to evolve has finally forced the financial services industry to come to terms with how much fees can eat into returns. Naturally, the industry has resisted fee pressure since....

Aperio Observes the Loss of a Hero

The passing this week of Jack Bogle, founder of Vanguard, has highlighted what an extraordinary ethical visionary he has been. While we may mourn his death, we also celebrate how much better the world is because of his impact....